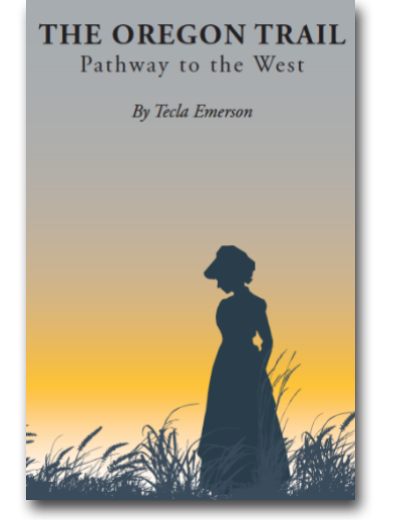 The Oregon Trail: Pathway to the West

Maddie knew the trip wouldn’t be easy. Her mother and older brother were no longer with them and Hannah, her little sister, was hers alone to care for. And Hannah was mute. Mute for reasons no one knew.

It would take months to arrive at their destination. Months that would include accidents, floods, Indian 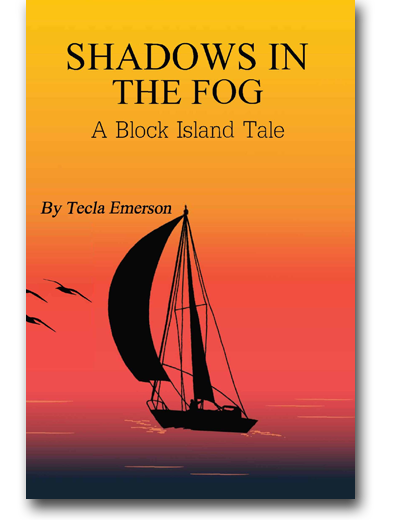 Shadows in the Fog A Block Island Tale

Molly lived on an island far away from the mainland. She was an orphan and there was no one to care for her. Sent to live in a house filled with boys she was pressed into the role of cook and caretaker. Her life became that of a servant.
When an unfortunate incident took place that threatened to scar her forever, she was sent to live with an angered and bitter veteran of the Civil War. Living the life of a recluse and with battle scars of his own, he keeps his past hidden from all. Hidden until Molly comes to stay. 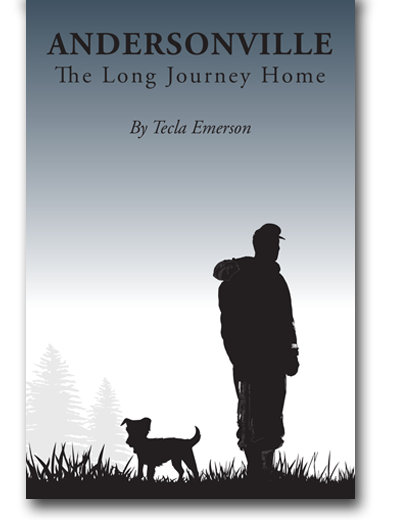 Hock snuck off in the dark of night to join the Union Army. He was too young to be part of the fighting force but now, taller than most, he easily joined their ranks. Wounded in the battle at Petersburg he was captured and sent to a Confederate prisoner-of-war camp – a camp so horrid, it is still written of today.
As one more of Andersonville’s nameless inmates, he was given a number. Identified as “Unknown 9586,” he was thrown on the death cart and hauled out as one of the dead. “Unknown 9586,” did not rest in peace. 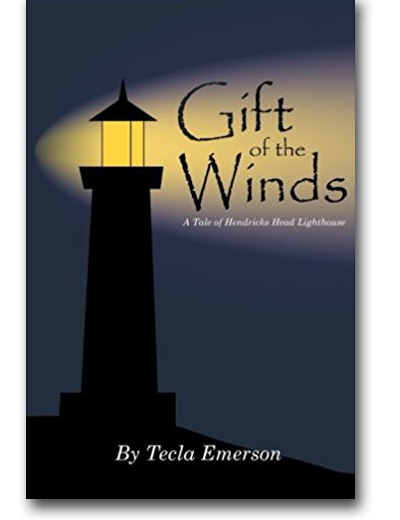 Gift of the Winds: A Tale of Hendricks Head Lighthouse

It was late in the 1800s when a ferocious nor’easter traveled up the New England coast. It forced a three-masted schooner up on the rocks. It was within sight of the Hendrick’s Head Lighthouse. History says there were no survivors. However, a trunk was found that had been washed ashore. It held a most unusual and curious surprise.
Through the pages of Abigail’s diary, a tale is told of survival and strength as she comes to terms with the unfortunate event that condemned her to the life of a recluse. 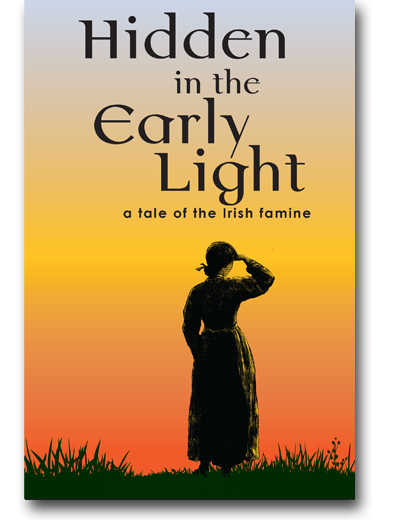 Hidden in the Early Light: a tale of the Irish famine

Katy was 16 when the hard times came. Her father disappeared in the night and her mother left her with a tiny baby sister. She was suddenly thrust into the role of caretaker. It was a responsibility she didn’t want. The farming life was not for her and now she had to find a way to survive and to keep her younger brothers from starving. 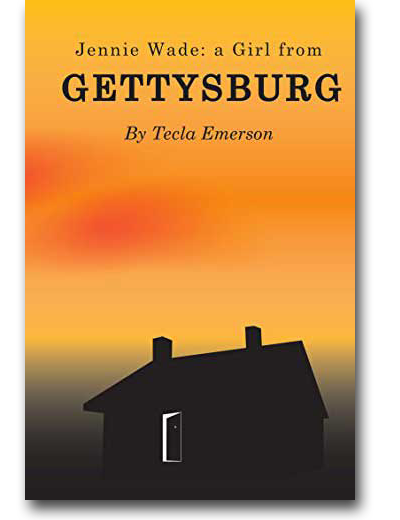 Jennie Wade: A Girl from GETTYSBURG

It had been foolish to stay but now there was no choice. It was anyone’s guess what the outcome would be. Nothing was as it should be. Oddly, the Confederate troops were pouring in from the north and Union troops were marching in from the south. They arrived in droves. The town was not prepared for what happened during the early days of the summer, 1863. 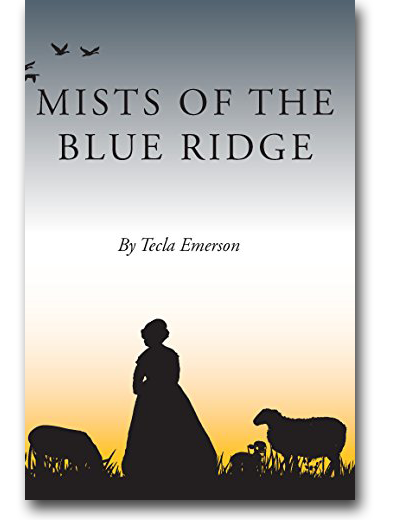 MISTS OF THE BLUE RIDGE

Olivia lived a quiet and protected life tucked away on a farm in the Blue Ridge Mountains. It was far from the great war that had been raging between the North and the South. She had little interest in the who and the why of it all, and wasn’t even sure where her sympathies lay. Then, without warning, the conflict surrounded her. At 16, she was ill prepared for the responsibilities that were thrust on her. 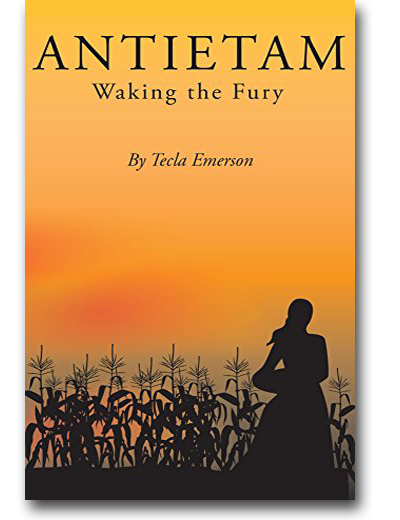 Emily at 15 is bored and annoyed with just about everything and everybody. Tired of her chores and irritated by the endless care of three younger sisters, she would like to have a life of her own. Her parents are absent; her Father is off fighting a war she doesn’t understand and her Mother has left for Pennsylvania. As the eldest of the four sisters, she must take responsibility for her home and family. 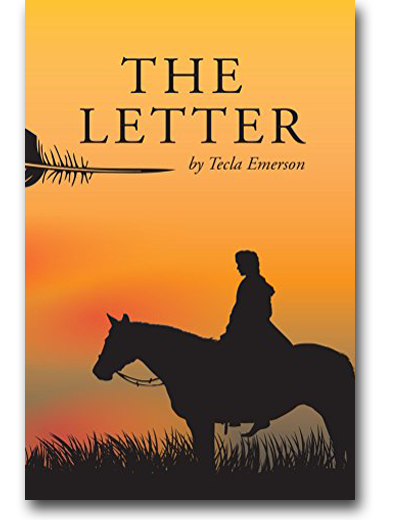 “My being for ever banished from your sight…”
Who was this “…undutiful and Disobedient Child” who in 1756 penned a letter to her father in England? What had she done to so offend him? Why, as a well educated young girl, had she become an indentured servant? Why was she alone?
In her letter, she pleads with her father to forgive her and to at least send her a bit of clothing.

ONE DAY NOT SO LONG AGO…

Tecla Emerson didn’t have dreams or aspirations of becoming a writer. When asked where did this all begin – this need to record bits and pieces of history – her response was that it began in grade school. From early on she knew there had to be a better way to learn about our past – something beyond dates, names of generals and places of major battles. That was how history was taught way back then, which only promoted a lack of interest in what should be a fascinating subject.

And then one day not so long ago, in the late winter when the weather was a bit dreary, she was coerced into taking a craft class on creating porcelain dolls. This was not something she had ever envisioned herself doing. But with three daughters this was a wonderful skill to learn. And it grew.

Moving beyond the class, Tecla set up a kiln in her own home where doll parts were baked – arms, legs, heads. And what happened next? That first doll that she had painted, baked, dressed, with hair and eyes inserted, had been tucked safely into a sheltered corner. It was a corner from where those dark glass eyes could take in all that went on in day-to-day life. Those eyes seemed to be asking “Who am I?” They were searching for not only a name, but a tale that needed to be told. 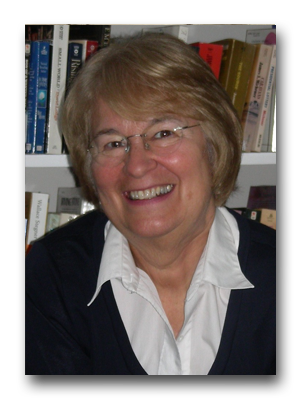 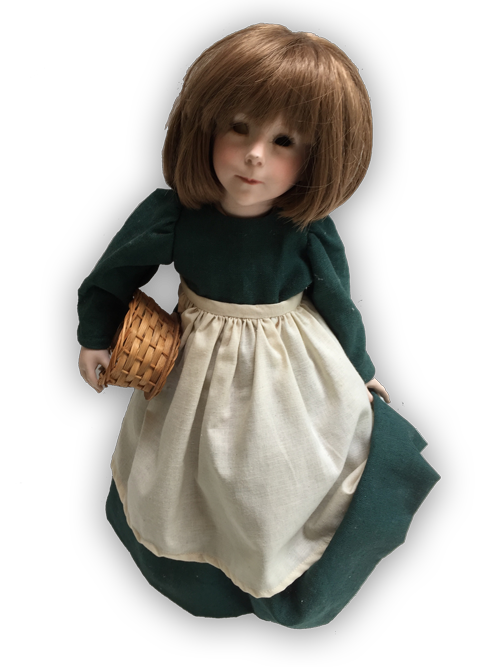 And there it began. One small doll wanted a story, one that told of who she was, where she lived, what she was busy doing and why? Her message was clear – and thus it began.

Through many different roles she comes alive with tales that tell of her varied and wide-ranging history. The reader meets her as Jenny, a young girl from Gettysburg, who is well known to history. From there it’s Bitsy’s story, who in the 1700s wrote a letter that was found not so long ago. It’s a tale of how she was captured and sent off to the Colonies as an indentured servant. Olivia is introduced as a young girl who took on the role of mother to her family, while unwillingly caring for the Yankee troops.

Then there’s Gale. Is it true? It’s the tale of a trunk that was found washed up on the rocky coast of Maine after a late winter storm. And now, in the most recent addition, we’re introduced to Hock who survives Andersonville, one of the most dreaded prison camps of the Civil War.

It’s all there, all the tales that can be shared through history’s young voices, any of whom could easily have stepped out of one of our classroom history books. The stories are told by the characters who have always been there, some lost in time, but now reintroduced to be savored and enjoyed through books read by today’s young readers.

He sold his daughter into indenture!

“Tecla Emerson clearly weaves Bitsy’s past and present together. The unintended resulting depth of her punishment gives us a realistic picture of the era that she lived in. I tried to imagine what it is that was so terrible that she had to struggle to survive every day. What is it she did? How is it that one jealous lie can affect another person’s life so profoundly? In spite of it all, she loves her father and desperately tries to make him understand without upsetting him. I enjoyed reading “The Letter” and found it hard to put down until I learned the answers.”

“I recently ordered one of your books on Amazon. It was the book about Jennie Wade. The reason I got the book, was because I am studying Jennie Wade for the wax museum. I just got the book, and I have been reading bits and pieces of it. I love to read. Jennie Wade really inspires me to a lot of things. So far, I have donated to a homeless family-$173. And I donated to St. Judes hospital for children. Your book has a lot of detail, and it really helps me understand what happened to Jennie Wade.”

The Civil War was on her doorstep

“A friend recommended that I read this. Antietam – Waking the Fury I’m glad I did – it renewed my interest in the Civil War. I looked up information about Antietam after I read the book. I didn’t know anything about Antietam and that President Lincoln wrote the Emancipation Proclamation following this, the bloodiest battle in the civil war.

“Antietam” is written on a level that young school children can relate to on a personal level – how the battle affected young people that unintentionally became part of the war.

The story shows that when confronted with situations beyond our control we can find a strength beyond our own expectations – becoming a stronger person as a result.

I will buy this book for my grandchildren when they study the civil war.”

A NEW twist on an OLD story!

“A wonderfully NEW story about a young woman who was killed more than 150 years ago, and very informative about her early years. Very well written”